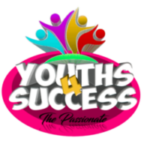 When to Tell Him I Love You

Hello, you’re welcome today. It’s great to have you here today, and we are discussing those  three scary words. I love you.

Should you say them?

I’ve got five tips today that are really going to help you with this dilemma that at some point every relationship faces.

5 Keys To A Successful Relationship

How To Save Your Marriage From Divorce

Ideas To Overcome The Fear of Approaching Your Crush.

Consider your definition of love.

So think about what does the word love really mean to you. Now for most women,  when I ask their definition of love, they tell me. I just know, I just feel it. So I  usually follow up with this question. When that feeling occurs, how much do  you know about the guy?

In fact, I have to like stop her listing things because she keeps listing them, but she still loves him.

So now is that your definition of love?

To me at least, that’s the most real definition.
So while I could never presume to give you a time-frame of when exactly to say the words, I’d recommend you base your definition off of how well you know him how much do you know him. So if you’re going to say, “I love you,” and you can’t name at least a good number of things you don’t like about him, you might want to consider whether it could be the rose colored glasses talking and maybe just dial it back for a couple of months.

Make him work for it.

I’ve always found it odd how we as a society have this culture where women get told to make a guy work for sex and value your bodies.

But I’ve rarely heard anyone tell women to make him work for your love and to value something much more important – your heart.

Because if you have sex with a guy  and he leaves, that sucks. Especially if you liked him, but it’s not that crippling.

That’s essentially what a booty call is.

But if you love someone and he leaves, that takes months to get over and  hurts you a hell of a lot more in the meantime.

Never forget that your love  as a woman is like the most valuable gift you can ever give to a man. So I say forget sex and make him work for your love in every sense of the word.

Don’t give it away to every guy you’ve known for only a few months.

So if you’ve decided he’s the right guy and you want to say it, do it in a private, safe space where you won’t be interrupted.
You know, make sure neither of you have  anywhere to be and you’re both feeling fairly open and vulnerable with
one another.

Look, there’s not many hard rules when it comes to saying, “I love you,”  but this is one of mine.
Don’t say it for the first time when you’re either drunk, having sex, or have known him for less than three months. You really want it to be genuine, and sex or alcohol just means it’s not going to be as much. And look,  as we spoke about earlier, you want to know a lot about him  and make him work for it.

So unless he’s a friend that you knew  years before dating him, I think that’s something you’re better off saving just to make sure he’s a man worthy of it.

If you do decide to say it and you put  your heart out there, there’s always a small chance it may  not be reciprocated.
And look, that’s cool. This doesn’t  mean crisis stations. It could just mean it doesn’t fit his
definition of love yet.